I arrived in Australia with my mother and father as a young 8 year old child. Within a few months I was speaking reasonable English and life was almost back to normal for me. 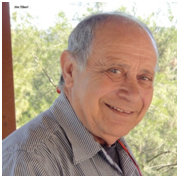 I started my working life as an apprentice electrician, after 18 months I thought that it wasn’t for me. I went to work for Transfield construction as a formwork carpenter on their construction sites.  After a couple of years, still with Transfield, I decided to take it further and go to University and study Civil Engineering as a mature age student.

At 28 years of age I graduated and my life changed dramatically, still with Transfield but now as an Engineer I was involved in the construction of bridges, highways, power stations and tunnels in most Australian states and overseas.  For the last 20 years of my working life my involvement was mostly in tunnels, the Sydney Harbour tunnel, The M5 East tunnel, The Cross City tunnel and the Lane Cove tunnel to name a few. 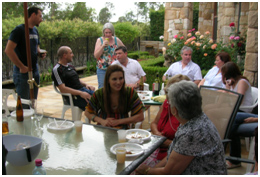 A casual family get together.

When I retired in 2006 I did the usual travel bit that retirees do. Soon  tiring of that I joined the University of the Third Age (U3A) and taught Italian, Computers and Bonsai to the members of that organisation.  Two years after joining I was elected President in 2010, a role I still hold today. 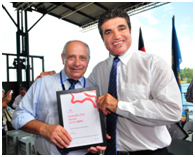 Soon after being elected president of U3A I was asked to join WOW FM and present an Italian program, this week (6th Aug. 2016) was my 282nd on air program at WOW FM.  I enjoy the program, I love presenting those wonderful Italian songs and hopefully I will be able to continue doing the show for some time to come.