The Voice of the Nepean Valley - WowFM

Wow FM 100.7 has represented and entertained the communities of the Penrith Valley, Western Sydney and the Lower Blue Mountains for more than twenty five years.

We provide music from many eras and genres to keep the feet of any age and musical taste tapping all day long.

Recently we have undergone new and exciting modifications which we hope will enhance the the listening experience of our culturally and chronologically diverse community. With programs in several languages providing local and international news and current events, we aim to provide appropriate content which is both pertinent and informative.

No, it’s not a gardening show as the name suggests, although Lynne Bates is a keen gardener. Lynne, who describes herself as “an old rock and roller”, is a local presenter from Kingswood NSW and hosts two popular shows on WOW-FM.

This multi-talented presenter plays drums and loves rock music, and she has mingled with well-known musicians over the years. She loves the music of a wide variety of genres and has a special passion for Aussie music. Lynne has been a presenter for the last five years, having spent two years on Radio 99.7 in Brisbane, and almost three years at WOW-FM.

She enjoys playing pool, and is also an avid lover of live gigs, live theatre and shows and she usually goes to see live music or attends music festivals at least once a week. Lynne’s programs on WOW-FM are “Batesy’s Backyard”, which can be heard at 1pm to 3pm on Tuesdays, and “Batesy Through The Years” at 10am to 11am on Mondays.

Tuesday Breakfast with Malama – Tuesdays 7am to 9am

Malama Psarianos presents breakfast every Tuesday from 7am.

Listen in for local news and events, music and more.

Penrith Gaels had its humble beginnings in the early 70’s with the formation of a gaelic football team.

A few dedicated people decided to run dances to fund this team. From then it has gone from strength to strength with the establishment of a hurling side and by the early 80’s they had formed a very successful school of Irish Dancing, social Golf Club, Soccer teams and a Drama School. Penrith Gaels also boasted a travel club, which helped their members save for a trip home to Ireland. Around about this time Penrith Gaels changed its name to ‘Penrith Gaels Cultural and Sporting Association Limited’

Even way back then the Penrith Gaels Committee along with their members had high aspirations of building club premises in the area. Fund raising dances were held on a monthly basis in local halls. Through the 80’s and 90’s the above sub clubs maintained a very competitive standard in their fields.

The social and fund raising dances continued and we also held our very successful biannual ‘Ireland Over Here’ Festivals at Penrith football Stadium. These festivals were attended by the Penrith community and people from all over NSW.

It wasn’t until the mid 90’s that the current premises became available. At that time they were known as the ‘Kingswood Squash Courts’. The committee along with the extremely helpful Mt Isa Irish Association decided to purchase the building. We began our renovations early in 1997 and to the credit of all our voluntary labour, both Men and Women who gave up their weekends and evenings our beautiful club was finally opened in August 1997.

Since then, with the help of management and staff our club has thankfully been thriving, and with a few of the dedicated volunteers we now boast a wonderful auditorium and entertainment room at the rear of the premises.

Our club as you have just read was built from pure persistence of the committee and members and we are wonderfully proud of our achievements. So whether you are a staff member, club member, sporting representative or guest, we would like you also to be proud of the ‘Wee club with a big heart’. 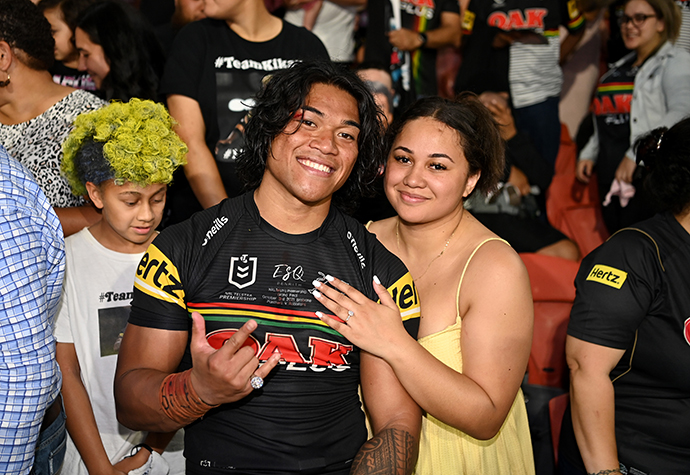 Politics has a way of following cycles, particularly when it comes to the end of a government’s reign.

The post Opinion: Dominic Perrottet’s government is in freefall appeared first on The Western Weekender. After two years of cancellations due to the pandemic, the Penrith Show is back on at Penrith Showground next weekend.

The post Steeped in history, this year’s Penrith Show could be the last at iconic Showground appeared first on The Western Weekender. Karen McKeown will have a second tilt at winning the state seat of Penrith at March’s election after being endorsed as Labor’s candidate.

The post Labor locks in Karen McKeown to take on Stuart Ayres at 2023 election appeared first on The Western Weekender. Police on the front foot to tackle scammers.

The post Police on the front foot as online scams continue to bite residents appeared first on The Western Weekender. An injection of youth this season has seen the Penrith Ramettes qualify for their first Finals campaign since 2016. Panthers and NSW Origin winger Brian To’o has admitted his own form has slumped this season but is promising to do everything in his power to get back on top.

The post Brian To’o keen to return to Premiership-winning form for Panthers appeared first on The Western Weekender. Horse racing and country music are a match made in heaven!

The post Saddle up for music and races at Hawkesbury Race Club appeared first on The Western Weekender. Niwhai Puru, Hohepa Puru, Daeon Amituanai and Preston Riki may not be household names just yet but you can bet your bottom dollar in the next two to three years they will be.

The post Lang on League: Polynesian production line in good shape at Panthers appeared first on The Western Weekender.