Mega Mix with Karen Terry – Wednesdays at 10am 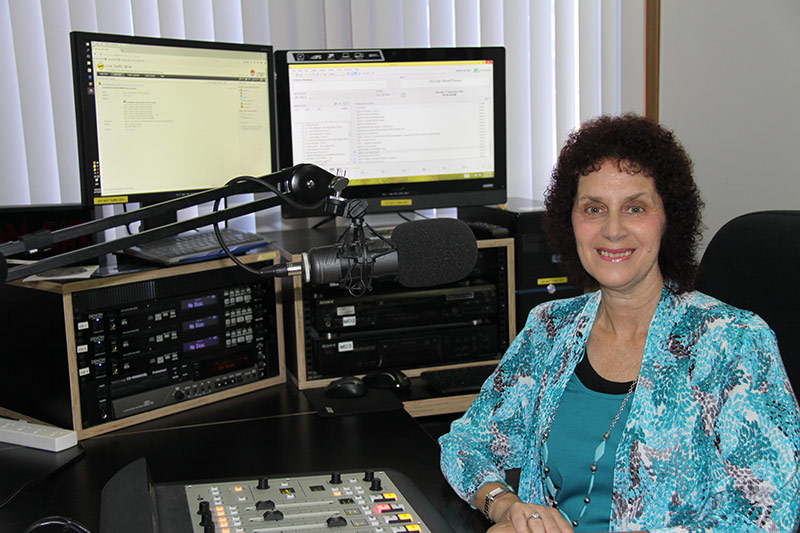 Karen has always had a love of music even from a young age.

As a child she loved to sing along with the radio and when she was older and in her teens she would put records on the player and sing along with them using her hairbrush as a microphone.  After leaving school she went to work in retail but mostly in music department where she built up a very good knowledge of music and the artists.

After she got married her love of music continued but she never had a chance to do anything with it. After her marriage broke up after 20 years she started to fill up her time with music and a friend introduced her to Blacktown Country Music Club where she eventually started to get up and sing with the band. Also another friend who was a presenter at WOWFM took her to the station and she soon had her own program.

Because her love of music was very wide ranging she called her show Mega Mix because she plays a bit of every genre She really loves her program and enjoys interacting with her listeners over the phone and has made some wonderful friends in the community from that.

Karens singing also has improved to where she has been able to record several CDs which includes two albums and a single.

She has also been a guest artist at many shows and concerts in more recent times.

Karen has also competed in many talent quests around the state winning several trophies at such places as Forbes and Bellbird in NSW.

She hopes to be doing her program for a long time to come as she enjoys it so much and it has become a big part of her life over the past 8 or so years.