Mark Gould has been a student of rock and roll ever since his father bought him his first 45rpm record in the 50’s. From that point, he began amassing a huge record collection. 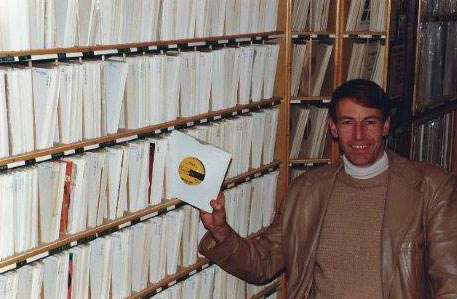 Mark with part of his massive record collection.

Mark began broadcasting his ‘Saturday Night Rock and Roll Party Show’ in 1983 from 2NBC, which was Sydney’s first community access radio station and he was with 2NBC for almost 18 years before he and his family moved to the Blue Mountains. 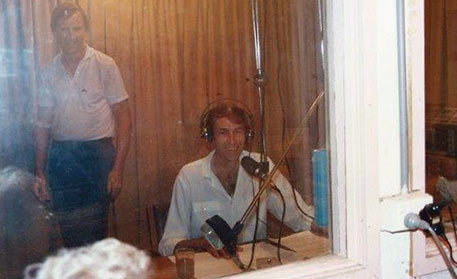 Mark at the microphone on his very first night on community radio in 1983.

In 2002, Mark was approached to bring the ‘Saturday Night Rock and Roll Party Show’ to WOW FM. As WOW FM was located much closer to his new home in the Blue Mountains, he agreed, bringing many of his listeners and most of his radio show helpers with him.

Mark’s program is now the longest-running golden oldies request show in Australia, receiving countless accolades from listeners over a period of 33 years. Comments from listeners praised the high quality of the show and it’s presentation. Mark has built up a large audience by community radio standards and his show is quickly filled with requests every Saturday night. 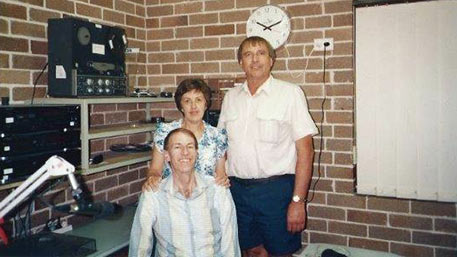 Mark with two of his telephone assistants at 2NBC, Jan Brandon and Les Watton.

Mark plays his requests from his own vinyl record collection, which is one of the largest collections in Australia. His collection mainly cover the 50’s through to the 80’s but the show specialises in the music of the ‘50s and the ‘60s. 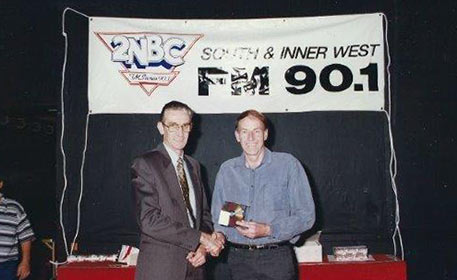 Mark plays requests the same night as they are received. This is made possible by Mark bringing thousands of his songs to the studio on mini-discs each Saturday night. Highlights of his show include competitions for CD prizes, the ‘Garbage Bin spot’ (the worst record of the night), the Featured Artist medley, and Mark’s ‘Jukebox Jumble’ segment of rare golden oldies.

Mark has had live interviews with almost every Australian rock and roll pioneer, as well as prolific overseas pop stars such as Tommy Sands and the late Guy Mitchell. 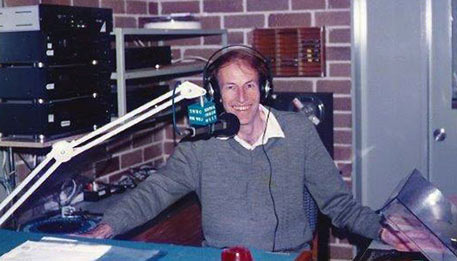 He has broadcast live from the Royal Easter Show for two consecutive years, and was the first presenter to broadcast his show from the observation deck of Centrepoint Tower in the heart of Sydney.

The ‘Rock And Roll Party Show’ is heard every Saturday night between 7pm and 10pm on WOW-FM 100.7. It can be heard world-wide on the Internet, either through WOW-FM’s website wowfm1007.com.au or Mark’s own website, which is markgould.com.au. The Mark Gould website is accessed by more than 26,000 people per month and lists many thousands of his records which are available for requests on his program.