Malama is the host of ‘Malama’s Greek Night Out’ heard on WOW FM from 6.00pm weekly on Wednesday nights.

A very experienced presenter Malama has worked for John Laws as a researcher, Gary O’Callaghan as music director and has hosted her own talk-back radio shows, set up new radio stations and anchored prime time television news and weather.

A familiar face in the local Penrith Community Malama has been known to hire a community bus at her own expense to ferry a bus load of the Greek Community to Hellenic Events, support raising money for disadvantaged children, organiser of the Clean-up Australia Campaign with Colleagues from WOW-FM and has sold cup-cakes for Breast Cancer along Queen Street St Marys and High Street Penrith. 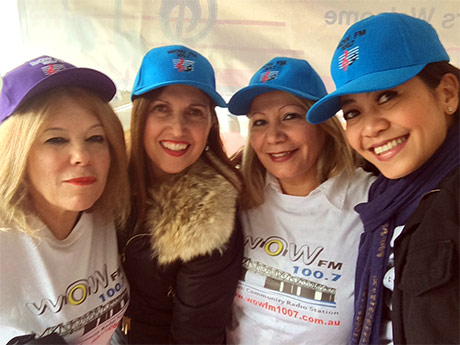 Out in the community with WowFM volunteers.

Just last year Malama was invited to Canberra to attend the ANZAC Centenary Art Exhibition. This is where Malama met the Ambassador of Greece to Australia and art curator Eva T Dafaranos.

The exhibition ‘Lemnos – The Greek Dimension in the Anzac Centenary highlighted a historic milestone for Australia and New Zealand. Malama was honoured to see the amazing Art Exhibition featuring Lemnos where her parents originated from. Listeners will also remember the 90 second Anzac Segments that Malama researched, wrote and produced that were played across the radio station programs last year that were well received by our listeners.

Malama is also on our Board of Directors and is the Editor Chief for the quarterly WOW-FM Newsletter where she enjoys researching the stories and bringing them to our readers. 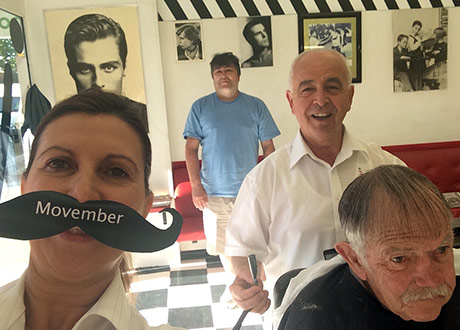 As an Ethnic and English broadcaster Malama also enjoys working for the National Ethnic & Multicultural Broadcaster’ Council (NEMBC) and the (CBAA) Community Broadcasting Association of Australia as a Judge within the Community and Journalism Awards and as an E-Champ team member who has been trained to put her Media skills to use by producing live online coverage of Community Radio Conferences across Facebook and Twitter and conducting interviews with conference delegates and workshop hosts. 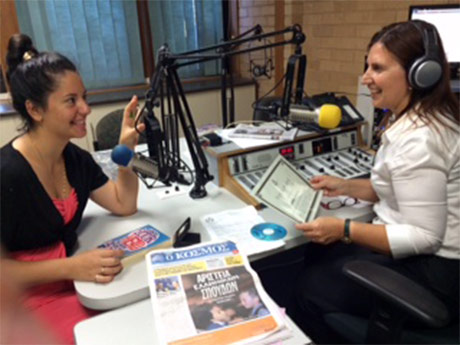 Malama interviewing one of her guests on her program recently.

Malama is very grateful to work at WOW FM over the past 8 years which has allowed her to share her 40 years’ (to be celebrated 2017) experience on a community radio station and the tools she has learnt by the radio conferences she attends and to work with wonderful people like the current team and leaders Adolfo Gonzalas and Dr Bill Gayed.