Home » At The Drive-In with Peter Mitchell

I first toyed with the idea of doing a radio program a decade ago, with a young mate of mine, who thought I would be O.K. as a radio presenter. Not believing him, I gave it a go and this is where the personality of ‘Pistol Pete’ was born. Making use of my knowledge of sport and my skill at impressions, I spent three years doing an internet radio show. As time passed the entertainment bug got me and brought out the inner ‘Spiderman’. 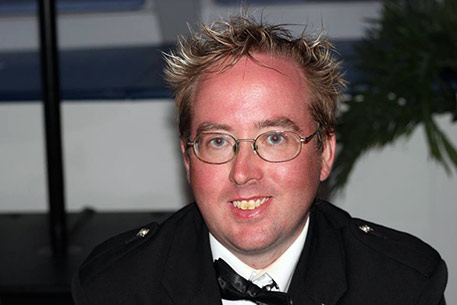 When my father (Brian Mitchell) was conducting chaos on WOW FM’s ‘Irish Program’ with Sam Beggs (Alternate Sundays 10:00 am – 12:00 pm) , I thought the time was right to beam my voice and my own style to the WOW FM public. Making a return to the radio airwaves was at the forefront of my ambitions, as movies and music are a passion of mine.

July 2015 will go down in my calendar as the time ‘At The Drive In’ was not just an idea on paper, but a reality that was fulfilled.

WOW FM was full of quality presenters and the only timeslot available was the 9-11pm slot on Mondays.

Like a child, the show grew and was nurtured through its early stages. Eventually the timeslot for 5-7 on Sunday evenings opened and I quickly grabbed the opportunity to move into a more daylight friendly time.

A staple of the show has become the tie-ins with the legendary NBC ‘Saturday Night Live’ program. ‘Saturday Night Live’ has created many stars from its original cast of John Belushi, Dan Aykroyd, Chevy Chase. At a time when the program’s popularity began to fade (from 1981 through to 1984), along came Eddie Murphy who lifted it to a new peak and he was responsible for its renewed popularity. The renaissance years from 1984 onward, saw new stars emerge, the like of Phil Hartman, Mike Myers, to modern day Will Ferrell, Tina Fey, Jimmy Fallon and Kristen Wiig to name a few. ‘At the Drive In’ has paid tribute to these stars, along with the regular hosts such as Christopher Walken, Tom Hanks, Alec Baldwin, John Goodman, Steve Martin and the list goes on.

Since the show has gone to air, it has given me endless pride and pleasure both on and off the airwaves. Through meeting wonderful colleagues such as Colin Wood, Mark Gould, Warren and Karen McCarroll (to whom I extend my thanks for their help with the development of my killer promos).

Being part of the WOW FM team has also helped me with extracurricular activities. The dynamic atmosphere and camaraderie at WOW is second to none, giving me the confidence to volunteered my time, helping intellectually disabled people play touch football. I was eventually scouted by members from the NSWPDRLA (New South Wales Physical Disabilities Rugby League Association) to play for the South Sydney Rabbitohs, an honour I was unable to pass up. 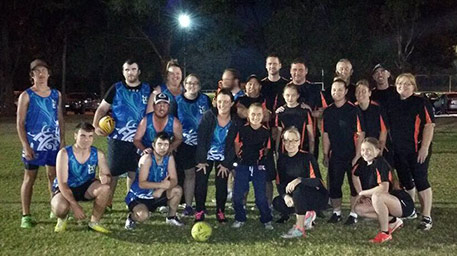 I owe a great deal of my personal accomplishments to my time at WOW FM.

Presenting ‘At The Drive In’ on Saturdays 11am to 1pm and taking calls from the WOW FM listeners, is definitely a highlight of my week.

To end this write-up, I will end as I do my program,

“As Walter Cronkite used to say… That’s the way it is.” 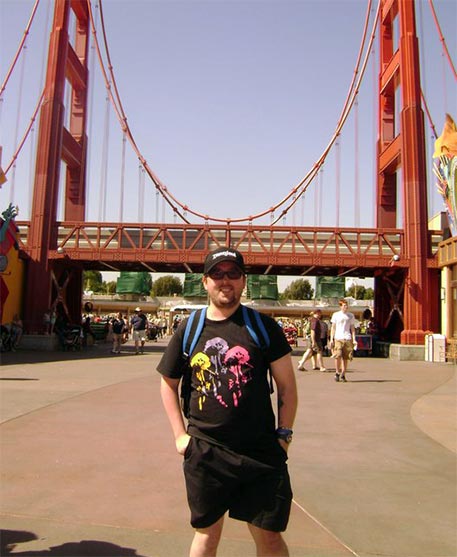